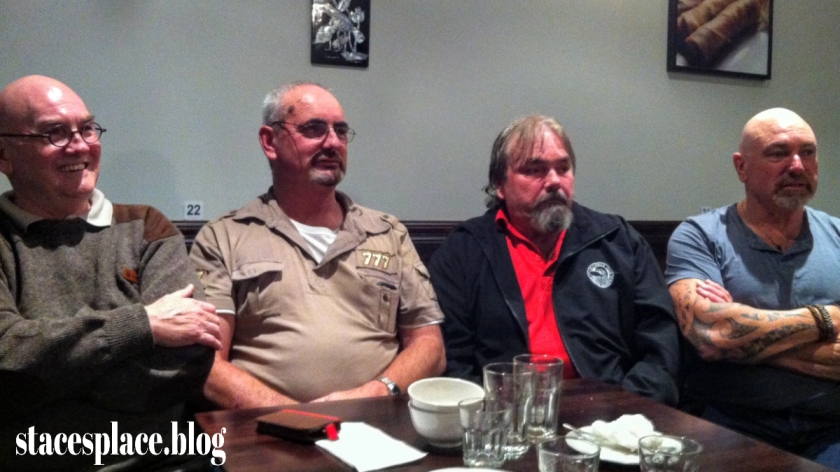 This is a very rare picture of my mother’s four sons. Her name was Bettine Barnes, hence the title. Bettine married twice, firstly to my to-be dad Reg Stacey who she met and married while he was serving in the UK during the Second World War as a RAAF bomber pilot. Her second marriage was to Stewart Bainbridge in New Zealand and with whom she had three sons, Sean, Adam and Nigel.

Another picture below shows, from left to right, back row, Michael and Sean, front row, Adam and Nigel. Coincidentally that also happens to be the order of birth as well which is a little strange to say given we are all over fifty.

This was taken after a reunion dinner we had in Sydney mid-June 2012. We had never seemed to able to get all of us together in the same place at the same time, and with a camera available, for probably the last 40 years.

Below is one of the few photos of my mother I have. It was taken when I was about three, just before my parents separated and later divorced. It also bears my childhood labelling in pencil.