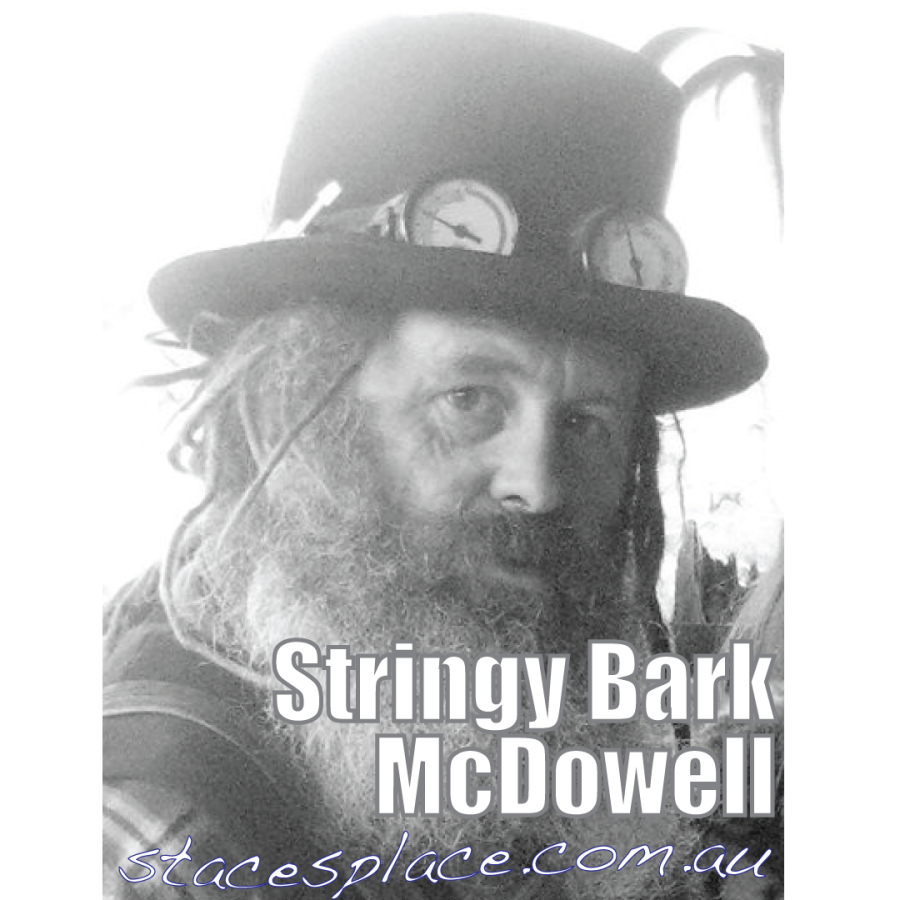 Stringy Bark McDowell (a.k.a. Ken Terrington) is a talented laid back musician with a great sense of humour. The humour came through notably in the Muddy Puddles blues band from the 90’s which as Stringy reveals was a bit of a satirical look at the blues from the outset. But it is his outlook on life and the “take no prisoners” attitude combined with his musicianship that makes him what I think is the “Neil Young” of Australian music.

He is living in an off-grid house in South Australia with his lovely partner Molly CoddleCream (a.k.a Cheryl Firth) and still traveling around Australia to play gigs. But not in a city if he can help it, which is a bit of a handicap for a musician.

Stringy and Molly are a real yin-yang couple who balance each other very well. Molly is the subject of next week’s podcast and as you will hear, Molly is a dynamo compared to the laconic Stringy.

I think it was an opportune time to chat to Stringy as he is going through a transition in the style of music he plays and this gives a pointer to where he was and where he is going. The track I used for the intro and exit is called “The System Is Broken” written with Molly and while it was written a couple of years ago, I think it is a good indicator of the direction they are headed.

Please contact Stringy direct on his Facebook page (see link below) to buy any of his CD’s.

P.S. I received a few comments when I posted this which prompted me to write a response, read it here.

Listen to the podcast:

All posts by month